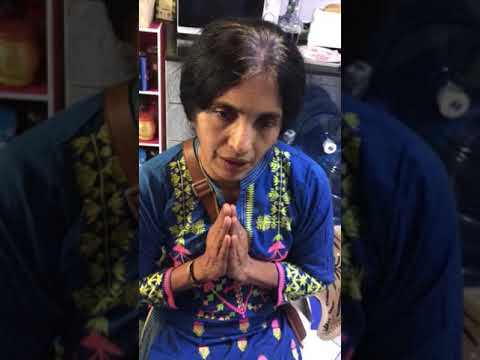 Lalitha Sahasranamam consists of one thousand names of Lalithambigai. Lalithambigai is the maya part of the Brahman. She is the vimarsha form and is the cause for illusion or duality. The prakasha form of the Brahman is called Shiva and the vimarsha form of the Brahman is called Shakthi. Shiva is nirguna (without qualities) Brahman and Shakthi is saguna (with qualities) Brahman. The universe cannot function without the combination of the two. Shiva is not created by anybody and there is nothing above him in hierarchy. Therefore he is called athi or the first. Since he does not have a parentage, he is called anathi (orphan). Shiva created Shakthi to create, sustain and dissolve this universe. Therefore all the activities of this universe are under her control only.

Why Shiva has chosen Shakthi? Shiva wanted to create somebody who can nurture this universe with motherly love and affection. Shiva also knows (Brahman is the knower of all) that only a woman can take care of this universe, like her own child. That is how Shakthi came into existence. That is why we call the earth as mother earth; we call the nature as Mother Nature. Every mother has their own role to play in nurturing her children. In the same way the Supreme Mother has her own role in sustaining us, in protecting us. Her administration is based on the law of the Lord which is called karma. She is called by various names such as Lalithambigai, Rajarajeshwari, Shakthi, Mother, etc.

We have already discussed about her prakasha vimarsha maha maya swarupini form. Please go through the earlier postings to know more about her prakasha vimarsha maha maya swarupini. You can use the google search engine at the end of this site. This Lalitha Sahasranamam is said to have been recited by eight vak devis (vak devis – considered as authorities of sound and verses, Knowledgeable) in the presence of Lalithambigai at Her own request. This thousand namas or names were recited in the form of verses. These verses are also called mantras and compared to the verses of the Vedas. Every single nama has powerful meaning. If you look at these meanings, you will certainly understand the concept of vimarsha or shakthi form of the Brahman, which is also called as saguna Brahman. Her kundalini form has been beautifully described. It will be interesting to observe how the kinetic energy of the Brahman functions, as every aspect of the administration of this universe has been discussed in detail in this sahasranamam.

We will shortly take up for discussion each nama or name and understand the meaning. As there are 1000 names, our discussions will continue through several postings. Our discussions on the Brahman will also continue. Kindly go through the Dhyan slokas and also about prakasha and vimarsha forms of the Brahman. This is an effort to understand the saguna Brahman that is easy for manifestation.